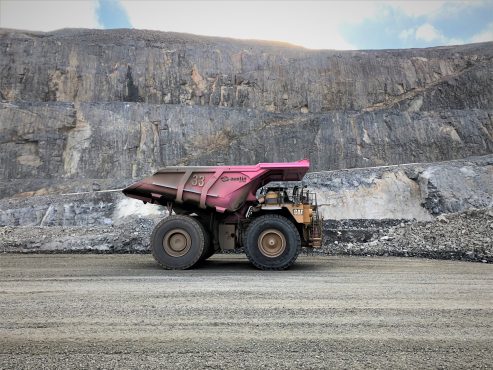 A program is underway to further optimise and maximise haul fleet payloads at one of Western Australia’s major gold mines. New Ultima truck bodies by Austin EngineeringTM are being trialled on a number of the mine’s 240 tonne haulers with the potential for a fleet-wide body upgrade to continue the program that started in 2014 when Austin fitted their JECTM bodies and increased payload by more than 20 tonne per load.

The new Ultima body will take the payload up to 240 tonnes per load and further maximise the haul fleet’s availability and productivity.

The JECTM bodies were fitted to the haul fleet after the mine identified a series of production-oriented challenges – including weight of the OEM bodies, the high cost of maintaining the bodies (and subsequent non-availability of the haul truck) and non-achievement of target payloads – impacting on performance and productivity of the load-haul fleet.

Initially 11 bodies were ordered and ultimately the mine’s load-haul fleet was retro-fitted.

The customised bodies lifted payload capacity to 230 tonne per load – an increase of around 20 tonne per load over the OEM bodies – a direct result of the weight differential between the OEM tray and the JECTM body. Along with increased payload the body change-out improved haul fleet availability and performance as a result of less frequent unscheduled body repairs – an outcome of the replaceable floor in the JECTM body which eliminated the need for heavy, maintenance-intensive wear liner plates

Now, with the trial progressing, the long-serving JECTM units are due to be replaced by the unique Ultima bodies which, due to further advances in the payload capacity versus body weight equation, will lift payload to 240 tonne per load and still meet all OEM dump truck specifications.

The Ultima haul truck body has the potential to be a significant game-changer in haul fleet operation due to the advanced steel and design technologies.

A unique ‘V’ profile floor, designed to actively channel the load to the centre of the tray, improves machine stability and safety. The floor design also reduces dump cycle times (empty is achieved at 3/4 tipping).

Although the new tray is lighter and stronger than current OEM bodies – which translates to a 10-15% weight saving without sacrificing payload – the design reduces overall tray wear significantly increasing availability and improves productivity of the mine’s load-haul cycle. The miner’s expectation of the Ultima body is for 240 tonnes per load and, according to the manufacturer, when matched with the appropriate loading tool – such as the 32m3 bucket on the mine’s shovel excavator – this load figure will be consistently and efficiently achieved. Just as it did for the JECTM units, Austin will maintain a condition monitoring program for the new bodies and advise the mine on any maintenance issues.

The miner is also using Austin truck bodies in their other operations around the world. Specialised hauler bodies have been customised to add significant value and reduce operational costs in underground mining operations.

Our investors are important to us. We believe our core value proposition of being a global engineering solutions provider,
built on decades of innovation and intellectual property that supplies quality products and manufacturing expertise
to our clients will alllow us to take advantage of future opportunities.